In May 1805 the Sydney Gazette reported on a recent conflict that occurred between armed settlers and Aboriginal people. The conflict was waged on the western side of the Nepean/Hawkesbury River, in the foothills of the Blue Mountains in late April. It was probably in the vicinity of Shaws Creek. 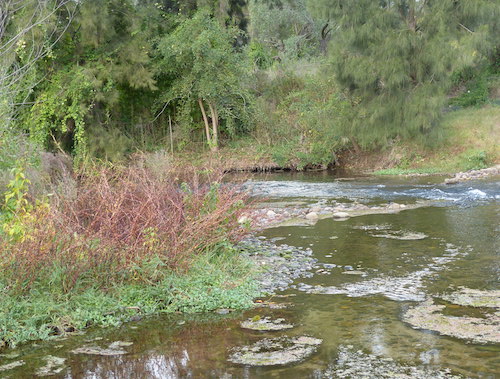 Less than two decades had passed since the first fleet of English ships had dropped anchor in the waters which these new arrivals named Port Jackson. Settlement had not as yet spread beyond the Blue Mountain barrier.

Dispossession of the Aboriginal people from their lands had become a common, unquestioning  practice. Allied to this was a general wanton disrespect for native customs, food sources and property. An attitude of arrogant entitlement seemed to cloud the judgement of many of those who grasped any sliver of power in this new colony.  It is therefore not really surprising that there had been such serious and continuing conflict in the outer settlements during this tense period. The Aboriginal people would have considered their resistance more than justifiable. In these conflicts, their intimate knowledge of the country gave them a significant advantage which they did not fail to use.The conflict around Shaws Creek in late April 1805 is a good example of this. 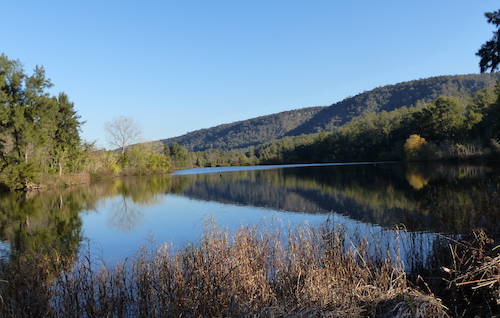 The Sydney Gazette’s report berated what was considered ‘treachery’ by a local native who had previously been friendly. The settler force was led by the local chief constable, Andrew Thompson. In the previous year, Thompson, a prospering, local  emancipist, had been given a generously large land grant of 278 acres by Governor King. Calling his new property Agnes Banks, in memory of his mother, it was situated where the district of the same name is today. 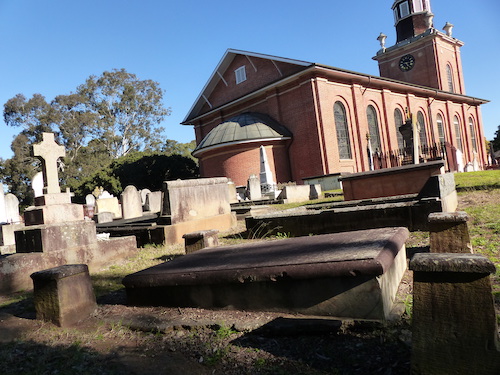 Thompson therefore had increasing vested interests in quelling any problems caused by the native population. It explains his party’s prompt response to Governor King’s recent declaration in support of the settler farmers against local natives who had been responsible for raids on outlying farms. Some of these raids had resulted in death, wounding and destruction of property. Supplying his force with a wagon and a boat, Thompson led the armed settlers on an exhausting passage from Windsor through rising flood waters. He was accompanied by two Aboriginal guides to whom he seemed to have had no hesitation in providing weapons. They also came with him on the morally dubious promise allowing them each to seize a native woman for themselves. This decision has subtle, racial overtones as one cannot imagine him making a similar agreement with the settlers. Was it just another unconscious, racist response when dismissing the natives as ‘savages’?

The Aboriginal man whom the Sydney Gazette branded a ‘traitor’ was known as Yaragowby. On learning that Thompson’s force was planning an assault on Aboriginal people encamped in the Yarramundi area, he took a short cut and warned them of the coming danger. As a result, when the settlers finally reached the supposed, initial camp, it was deserted. The warning provided the Aboriginals with a strategic advantage and they seized upon it. 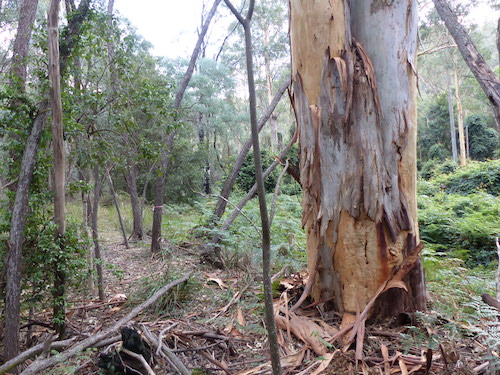 They lit a distant fire as a decoy to mislead the settler force away from where they were. However, the native guides who accompanied Thompson were not fooled by this. Instead, they managed to lead the settlers unnoticed ‘within gun-shot’ of the Aboriginals. Giving no warning, a surprise attack was made which resulted in ‘seven or eight’ native deaths.

Those Aboriginal people who survived the attack deliberately retreated without a fight, intending to set in play another strategic ploy. Some natives positioned themselves above the planned path which the retreating Aboriginals would take if it became necessary. This had to have been planned earlier as they had positioned a collection of large rocks, ready to hurl down on the settlers as they passed below. This strategy was never used as the native guides again warned the pursuing settlers of the dangerous trap.

The settlers who remained behind at the scene of the attack were amazed at the ‘several thousand spears, frightfully jagged’, which had been left behind. Just as Watkin Tench had realised back in 1788, so Thompson’s men acknowledged the foolhardiness of underestimating the lethal nature of the native spears.

Tench had written in A Narrative of the Expedition to Botany Bay:

‘On first setting foot in the country we were inclined to hold the spears of the natives very cheap. Fatal experience has, however, convinced us that the wound inflicted by this weapon is not a trivial one, and that the skill of the Indians in throwing it is far from despicable.’

Thompson’s men believed that all the spears which they saw were weapons of war, ‘certain of carrying mortality along with them’. They failed to realise that this place appears to have been used as a factory or workshop where this enormous quantity of spears were made not only for weapons. They were also made for hunting, fishing and other pursuits which this verdant area possessed in abundance. Suitable timber, gum sap and stone for the various spears and their shafts could be conveniently sourced in the area. Proximity to river and creek water provided ample opportunity for fishing. Kangaroos were hunted in the area, as evidenced by that animal’s representation in various local, stone engravings. 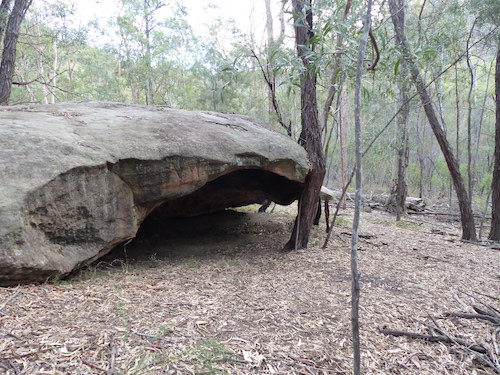 An article in the Sydney Gazette of 7 April 1805, just weeks prior to the Aboriginal killings by Thompson’s party, highlights the ample supply of eels often available in these waters. It reported on ‘a quantity of very fine eels (that) was last week caught by the natives in the lagoon of Yarramundi’.

The number of deaths resulting from this attack on the Aboriginal people was never accurately recorded. It could possibly have been higher than the ‘seven or eight’ that was initially reported. The body of Yaragowby was discovered in the aftermath of the attack, garbed in what was later described as clothing similar to that of the unfortunate settler farmers who had been killed in the recent native raids. This could possibly be seen as a very convenient description which helped justify the attack and subsequent deaths. Thompson had seen Yaragowby on the day before the attack at Windsor. He never had any reason to suspect the Aboriginal of wrong doing and showed genuine surprise on seeing his body. There was really no way of knowing whether any of the Aboriginal people, who were attacked, had been responsible for any violence on the settler farmers. No casualties seem to have been suffered by Thompson’s party. What happened to the wounded and the dead Aboriginal bodies is unknown. Their gender and age also remains a mystery.

It was reported that after the attack all the spears were collected and burnt. Whether this fire also consumed the native bodies is not recorded. If so, it certainly hides forever the true number of fatalities.

Rather than denouncing Yaragowby as a traitor, he could be praised as a hero. Not only did he swiftly rush to warn his people of the proposed threat to their lives from Thompson’s force but he gave his own life in the process. Of course, such an interpretation of events was never going to be made by the Sydney Gazette. Skills in military strategy and heroism seem not to be considered the province of the Aboriginal people encountered in the colony of New South Wales.

Many now consider the attack in the foothills around Shaws Creek in April 1805 as nothing less than a massacre. 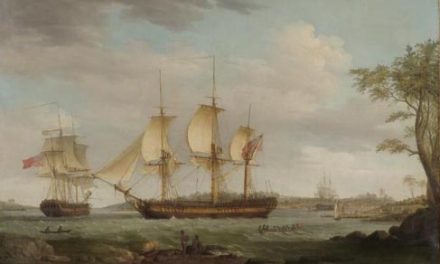 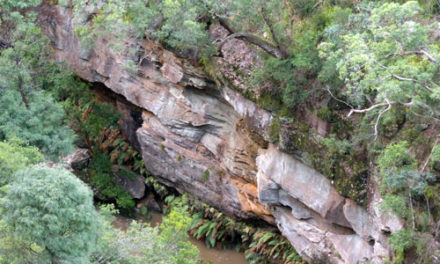 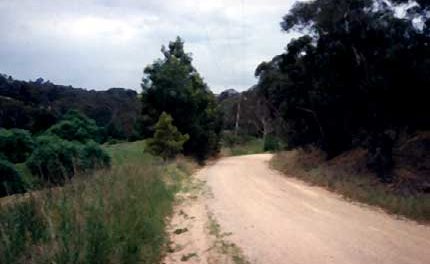 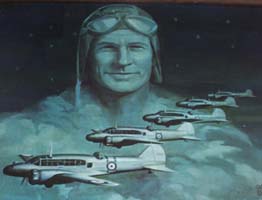