Luna Park is situated at Lavender Bay on the northern foreshores of Sydney Harbour. It occupies the site where the Sydney Harbour Bridge workshops originally stood during the 1920’s and the early 1930’s. 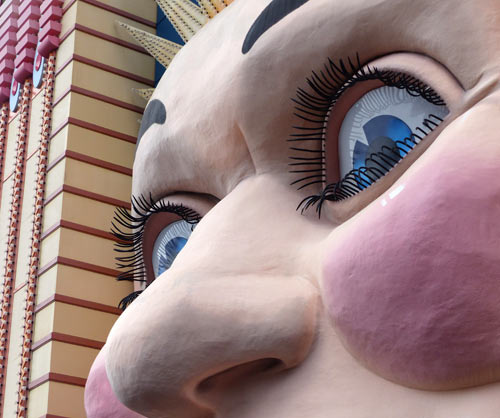 You cannot visit Luna Park without being aware of the Harbour Bridge, which was opened in 1932. It towers above the Park and you can hear the constant clatter of the electric trains that regularly travel across it.

Luna Park began operating in Sydney in October, 1935, after being moved from its original South Australian site at Glenelg. Born out of the Depression years, this amusement park with its rides and cheap thrills, offered Sydneysiders a chance to forget their day to day worries and escape. 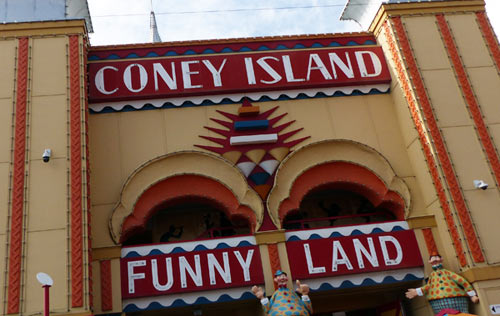 Some of the rides over the years included the Big Dipper, the River Caves, the Ghost Train, the Spider, The Ferris Wheel, the Rotor and the Merry-go-rounds. Possibly the most popular place in the park was Coney Island which housed a number of free rides including the Giant Slide, the Turkey Trot, the moving barrel and a spinning saucer.

In 1979 the Park was closed after a tragic fire destroyed the Ghost Train ride. Luna Park was  reopened at various times since then and after a major redevelopment is now  re-opened  again.

Next door to Luna Park is the North Sydney Olympic Pool which was opened in 1936. It was to this pool that my childhood friends and I used to go in the summers of the 1950’s. Most of us learnt to swim there and it was an easy walk to the pool from our homes.

In those days admission to Luna Park was free. So after our swim at the pool on weekends and holidays, we would usually visit Luna Park before heading home. It was a place of excitement with its array of colourful buildings and rides, its continuous momentum, its cacophony of sounds, and its general appeal to the imagination and sense of good times.

This was unashamedly “a place of fun”.

Read the lyrics and listen to the song, Luna Park – Just for Fun 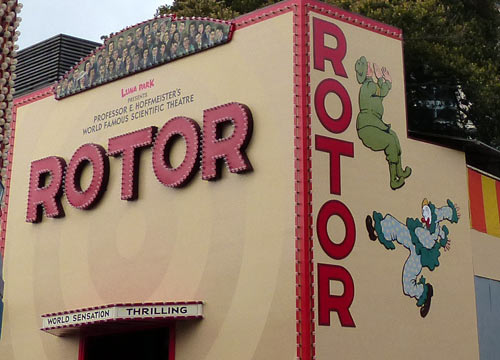