Returning home I reflected on the significance of floods in my own local area. Being close to the Nepean-Hawkesbury River reminded me of the devastation that this river system has caused since Europeans first came to live here. The area was first explored by Europeans in late June 1789, when Watkin Tench, a Captain Lieutenant in the marine corps, led an exploration party here. They came upon an impressive river which Governor Phillip was later to name the Nepean. Its capacity to flood severely did not escape the attention of Tench. Despite being some 12 metres above the river level, he noted that there was still definite signs that the land had recently flooded.

I decided to take a drive along Castlereigh Road from Penrith and note some of the flood reminders placed on the landscape. Turning left into Devlin’s Road brings you to the river, just upstream from the Grose River’s entrance at Yarramundi. Here you will find a delightful, little landscaped park on the river bank. Sweeping views of the Nepean can be seen. Take the time also to soak in the varied, natural sounds that break the silence of this picturesque space. 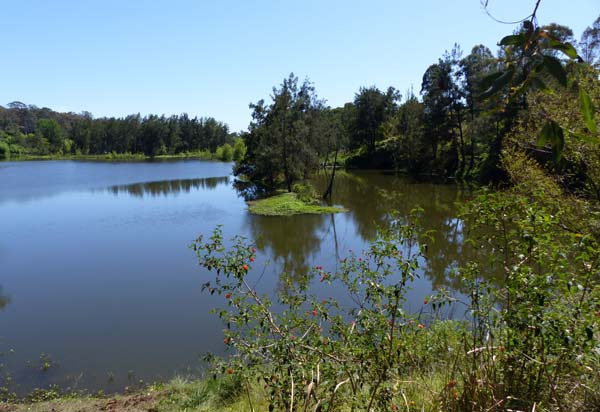 Two markers vividly remind the passerby of the significant flood heights and their corresponding years. For example, the highest flood level reached 22.5 metres in 1867. To stand next to this marker and then look back on the river is worth doing. 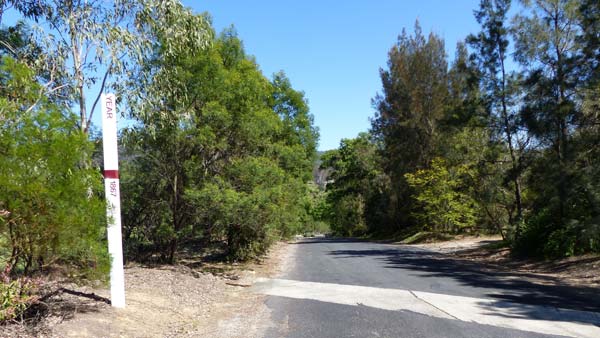 2017 marks the 150th anniversary of the 1867 flood. It impacted severely on the townships along the river. At Windsor there is a marker to remind us of a family tragedy caused by this flood.

To get to the scene of this tragedy, follow the road on the right hand side of St Matthews Church for about a kilometre. On your right you will see a painted metal sign detailing the sorrowful plight of the Eather family. Fifteen family members were washed away in the 1867 flood after having clung to a house roof for over twenty hours. Only three survived. Standing in the low lying paddocks of Cornwallis today it is difficult to imagine such a tremendous volume of water and debris raging around and above you. The location is just in sight of St Matthews Church steeple on higher ground, where some people took refuge during the floods. 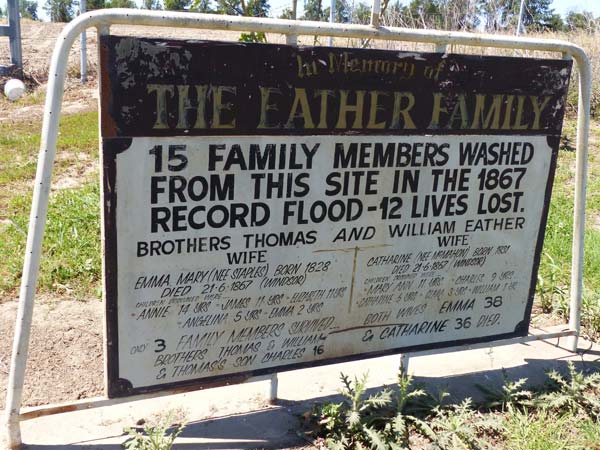 You can read more about the 1867 flood in Michelle Nichols’ book Disastrous Decade. It is an interesting, well written account of the impact of flood and fire in Windsor between 1864 and 1874.