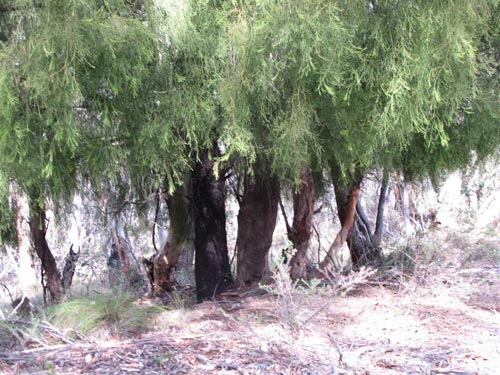 In Hassans Walls (according to Col Bembrick in Coxs Road Dreaming 2015), we have a sandstone plateau rising above Permian deposits.  Many of the formations appear as outliers of the pagodas and other sandstone structures which characterise the Gardens of Stone district, one reason that Hassans Walls has been recommended to be included in Gardens of Stone reserved area Stage 2. Across the totality of Hassans Walls, there is evidence of major damage to surface features by now defunct underground coal mines but the area around Bracey’s Lookout (in the north-east of the plateau), is by no means the worst affected.  Bracey’s Lookout is connected to the Pottery Estate precinct within the Lithgow urban area by a steep foot track of only a few hundred metres but it is a dead end of more than two kilometres for motor vehicle access.  It is very popular with bushwalkers, dog walkers and cyclists.