The Myall Creek massacre took place on 10 June 1838, one hundred and eighty years ago. About thirty Aboriginal people, including women and children, were camped on their tribal lands in northern New South Wales. They were murdered by twelve stockmen and their bodies burnt.

This massacre tragically highlighted the brutality being shown to Aboriginal people, as their land was unjustly taken from them. For the first time in Australia’s history, some of the stockmen were  found guilty in a court for killing Aboriginal people.

After reading court documents, in 1984 I wrote a song about this sorrowful and shameful part of our history. Unfortunately the massacre at Myall Creek was not an isolated event. 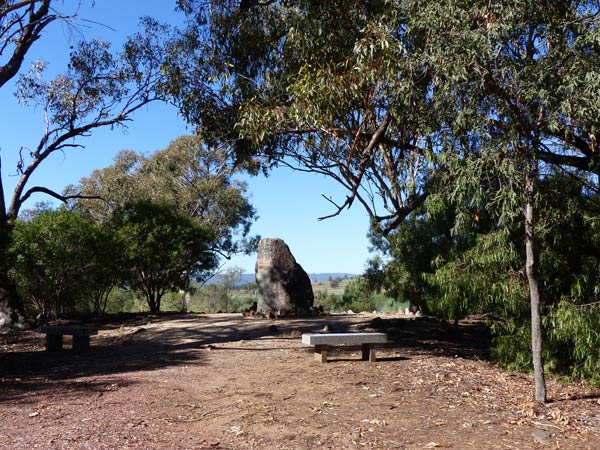 In May last year I visited this rather lonely part of NSW. A memorial has been built near the massacre site, at the end of a walk of reflection. A good friend, who had visited the site previously, warned me that it would be a very emotive experience. He was not wrong. The beauty and serenity that pervades the area was somewhat unnerving for me too.