In 1959 a movie was made called The Siege of Pinchgut. Much of the filming took place on a small, island fort in the middle of Sydney Harbour.

In the first few months of arrival in 1788, this island was briefly used to confine and punish wayward convicts. While there they had their rations limited to just bread and water. This explains the origin of the name Pinchgut when commonly referring to this small, rocky island.

The need for greater fortification of the settlement resulted in a fort being eventually completed in the 1850s on the island. It was named Fort Denison after the then governor of the colony.

The end of the 1950s was a time of imminent change. The Opera House was soon to begin construction on Bennelong Point. For those of us who lived on the northern shores of the Harbour, our suburb was about to be ripped apart by the building of the Warringah Expressway. So this modest, little thriller has a significant historic value in documenting parts of Sydney before these changes took place. There is an obvious irony to this since the film has at the core of its narrative a terror threat of great destruction to Sydney.

The movie begins as we follow an ambulance from North Sydney to the Harbour Bridge.
The ambulance moves along Bent Street, overlooking Forsyth Park. It then turns into Alfred Street North where it is stopped by a police road-block. Views of Alfred Street steeply ascending on a higher level are seen above this street. This was the way I walked to school each day from High Street. It took me up to St Leonards Park which I then crossed to reach North Sydney Boys High in the 1960s.

We next see the ambulance entering the Pacific Highway from Walker Street. A clear view is captured of the MLC building showing how it dominated the skyline in those days. Its weather beacon is clearly visible with no obstruction from any other buildings.

The way the ambulance in the film has travelled was not a direct route to the bridge from where it was stopped. Instead of continuing along Alfred Street and thereby arriving directly at the Bridge’s northern entrance, the ambulance has gone back up Mount Street before turning into Walker Street. I am so glad this way was chosen since great shots are seen of the buildings on both sides of the Pacific Highway’s approach to the Bridge. Memories rushed back on seeing these long demolished shops and businesses that were the familiar streetscape of my childhood. I was again reminded of the smell of the motor oil and grease that wafted from the car repair shop on the highway. As if on request, the camera pans across and back up the highway and we catch a glimpse of the Post Office tower at Victoria Cross and North Sydney Technical School to the left. The Orpheum Theatre and the adjacent corner milk bar are seen clearly when a police motor bike again stops the ambulance in front of these buildings. I regularly attended the theatre and milk bar on a Saturday afternoon. I saw the last film screened at the Orpheum. Appropriately it was the epic Gone With The Wind.

The policeman then directs the ambulance across Alfred Street, before stopping it at the top of McDougal Street. Wonderful views of Frank Delandro’s Garage are seen. Our last two family cars were purchased and serviced there. We also get to see again the old northern approach to the Bridge, including the overhead arch that carried the trams and then cars.

All these scenes have been erased from the landscape since 1959. They only survive in memory, art works, photographs and films like this one. which have captured the places of my childhood that no longer exist.

The Siege of Pinchgut also inadvertently captures other parts of Sydney that have changed or are no longer. The Fort Macquarie Tram Depot on Bennelong Point is one of the places included. It was demolished in 1959, the year of the film’s release, to make way for the construction of the Opera House. Included also are some of the steep roads, like Northcliff Street, near Luna Park and various shots of the Harbour foreshores. In one scene where the lead detective tries to communicate from a boat with those on Fort Denison, I could make out Careening Cove, Neutral Bay and a rather blurred High Street wharf.

When this film first came out I was just completing primary school. I imagine its PG content would have stopped my parents from allowing me to see it. It was not until the 1970s that it turned up on television. I do not remember the North Sydney footage that was background to the opening scenes. But to be honest I do not remember much about any of the film. Watching the film on DVD earlier this year was therefore a delightful discovery and surprise for me, awakening many childhood memories. 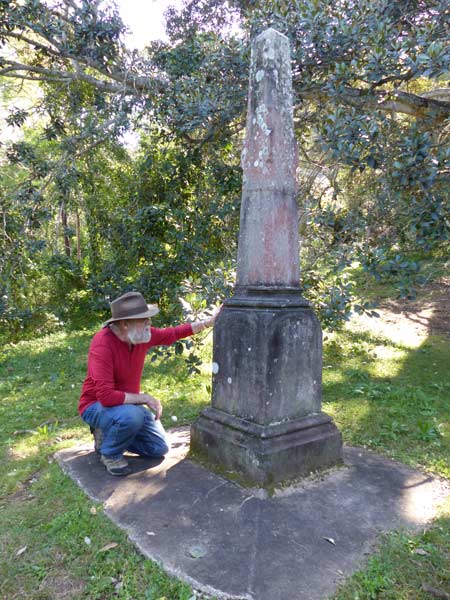 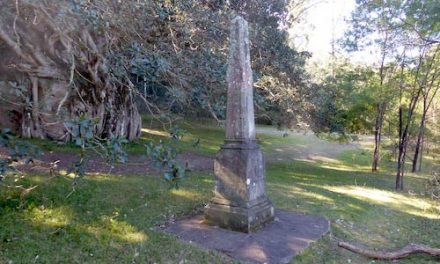 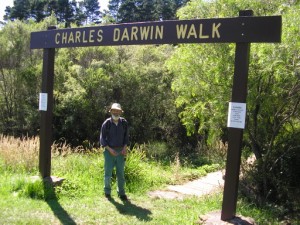 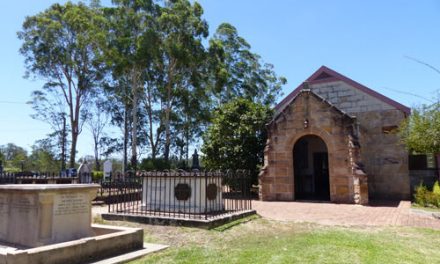