Three pieces on the life and death of Ben Hall 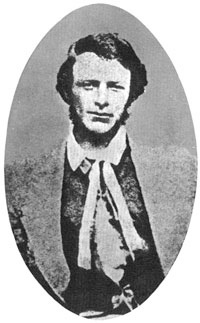 While the legend of Ned Kelly and his gang is a subject of fascination for many Australians (including myself), the remarkable deeds of Frank Gardiner, Ben Hall, Johnny Gilbert and their scores of associates remain a true inspiration – especially for those of us who live in central-western NSW! Ned Kelly’s own admiration for the gang is well documented.

The strength of feeling stirred up by a mere mention of Ben’s name in this area is testament to his impact on our home country, while any of the more accurate histories written about the gang make clear their impact on Australian society at large. The folk songs written on Ben and the gang are many – from well-known ballads such as ‘The Streets of Forbes’ and ‘The Death of Ben Hall’ to more obscure items. While their historical detail is often questionable, there remain at least two uniting factors in these songs – the defence of Ben as “a decent man”, and the strength of emotion expressed – resulting in some of the most haunting, biting and beautiful of all of our Australian folk songs

This text is taken form Frank Clune’s book ‘Wild Colonial Boys’ (1948). The song also appears in later editions of Banjo Patterson’s publication ‘Old Bush Songs’. Unlike most songs on Ben Hall, which relate particularly to his death – this one sets out tell of some of the gang’s exploits. I think it achieves this very well – in fact it is remarkable in its detail. In ‘Wild Colonial Boys’ Frank introduces the song with the following… ”

Around this time an anonymous bush bard composed a ballad, which was soon being sung enthusiastically, with local variations, throughout the southern and western districts. It was sung by many a drovers’ campfire, in many a shearers’ hut and cockatoo humpy:”

Come all you wild colonials and listen to my tale,
A story of bushrangers’ deeds I will to you unveil.
‘Tis of those gallant heroes, game fighters one and all,
And we’ll sit and sing, long live the King, Dunn, Gilbert, and Ben Hall.

Frank Gardiner was a bushranger of terrible renown,
He robbed the Forbes gold escort, and eloped with Kitty Brown,
But in the end they lagged him, two and thirty years in all.
“We must avenge the Darkie”, says Dunn, Gilbert and Ben Hall.

Ben Hall he was a squatter who owned six hundred head.
A peaceful man he was until arrested by Sir Fred;
His home burned down, his wife cleared out, his cattle perished all.
“They’ll not take me a second time,” says valiant Ben Hall.

John Gilbert was a flash cove, and John O’Meally too;
With Ben and Bourke and Johnny Vane they all were comrades true.
They rode into Canowindra and gave a public ball.
“Roll up, roll up, and have a spree,” says Gilbert and Ben Hall.

They took possession of the town, including the public houses,
And treated all the cockatoos and shouted for their spouses.
They danced with all the pretty girls and held a carnival.
“We don’t hurt them who don’t hurt us,” says Gilbert and Ben Hall.

Then Miss O’Flannagan performed in a manner quite genteelly
Upon the grand pianner for the bushranger O’Meally.
“Roll up, roll up! It’s just a lark for women, kids and all.
We’ll rob the rich and help the poor”, says Gilbert and Ben Hall.

They made a raid on Bathurst, the pace was getting hot;
But Johnny Vane surrendered after Micky Burke was shot,
O’Meally at Goimbla did like a hero fall;
“The game is getting lively,” says John Gilbert and Ben Hall.

Then Gilbert took a holiday, Ben Hall got new recruits;
The Old Man and Dunleavy shared in the plunder’s fruits.
Dunleavy he surrendered and they jugged the Old Man Tall –
So Johnny Gilbert came again to help his mate Ben Hall.

John Dunn he was a jockey, a-riding all the winners,
Until he joined Hall’s gang to rob the publicans and sinners,
And many a time the Royal Mail bailed up at John Dunn’s call.
A thousand pounds is on their heads – Dunn, Gilbert, and Ben Hall.

“Hand over all your watches and the banknotes in your purses.
All travellers must pay toll to us; we don’t care for your curses.
We are the rulers of the roads, we’ve seen the troopers fall,
And we want your gold and money”, says Dunn, Gilbert and Ben Hall.

“Next week we’ll visit Goulburn and clean the banks out there;
So if you see the peelers, just tell them to beware.
Some day to Sydney city we mean to pay a call,
And we’ll take the whole damn country,” says Dunn, Gilbert, and Ben Hall.

My Name is Ben Hall

I first heard this song from my band-mate in ‘Collector’ Roger Hargraves. I include it here as a terrific song that, like ‘Dunn, Gilbert and Ben Hall’, is unusual in that it deals with Ben’s life rather than his death.

My name is Ben Hall, from Murrurundi I came,
And the cause of my turn out you all know the same.
I was sent to the gaol, my cattle turned to the Crown.
I was forced to the bush my sorrow to drown.

I was always well mounted with a gun in my hand,
And I always spoke kindly when I bid them to stand.
I acted most fairly to all womankind,
Though my false wife’s behaviour was still in my mind.

I once met a squatter, I knew he had cash,
For the evening before he’d been cutting a dash
With a hundred and fifty in notes and in gold,
And I thought he had more by what I’d been told.

With a pistol well loaded and a gun in my hand,
I boldly rode up and I bid him to stand.
He passed out his money without ever a word
And I gave him five pounds for his help on the road.

Here’s health to Frank Gardiner who’s closely confined
Also young Jack Vane who is serving his time.
To my friends in the bush I’ll distribute my wealth,
And then I’ll reserve my last shot for myself.

The Death of Ben Hall

I have to include one piece on Ben’s death. The following poem was passed on to me by collector Rob Willis – thanks Rob. It was given to him by Forbes dance musician, the late Paddy Godden. It is a piece I have not come across before and certainly shows the depth of feeling for Ben often found in the Forbes district. I have made a few small changes.

Should we rejoice the death of Hall,
Or sad, deplore his fate.
We knew he was a noble soul,
We knew, but knew too late.

They sought him in his ambush
And over him did creep,
And long before the break of day
They shot him in his sleep.

Thirty bullets in his breast
And two more in his brain.
And by their cruel treachery
They murdered you Ben Hall.

His sister, weeping, found the spot
Where he before had laid,
She little thought the blood hounds
Would find his grassy bed.

And long before the break of day,
The noble Hall was dead.
Thirty bullets in his breast
And two more in his brain.

And by their cruel treachery
They murdered you Ben Hall.

Jason Roweth is a well rounded multi-award winning performer – a natural storyteller, with a warm and engaging stage presence.

He has spent the last twenty years as a singer and musician, researching, performing and recording Australian traditional music, and is also an accomplished reciter. 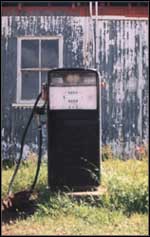 They Don’t Have Time 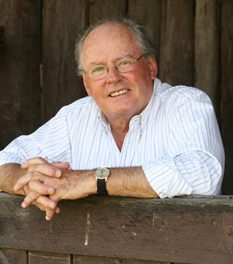 Gary Shearston: THE BEST OF ALL TRADES 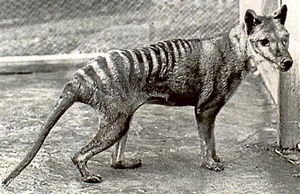