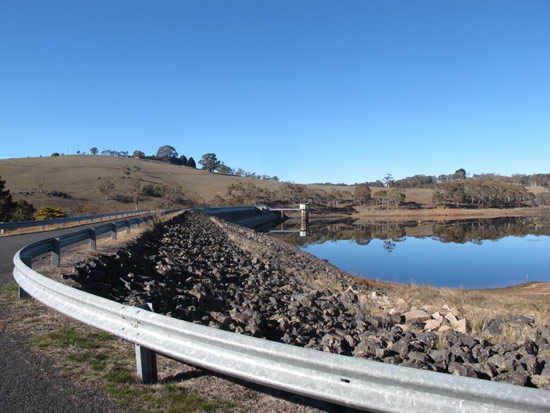 A short bushwalk off the Narrowneck fire trail allows you to hear the pumps working to lift the water from the floor of the Megalong Valley up into a system that lets it serve reservoirs in the upper mountains towns.  Until a few years ago, maintenance ladders known as “Dixons Ladders” paralleled the pipe rising against the cliff at Narrowneck.  Excessive adventurousness by some bushwalkers convinced the NPWS to remove the ladders. 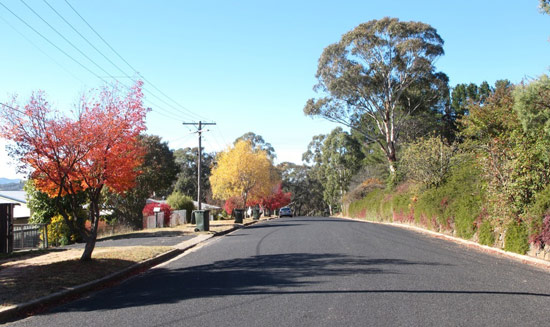 The colours of deciduous exotics face a patch of Eucalypts on an autumn drive to Oberon dam. [© Don Morison]

A brief but pleasant drive takes the visitor from the Oberon Tourist Information Centre to the picnic area below the dam wall.  In autumn, the deciduous trees along the route offer a colourful display and there is a small patch of moderately disturbed natural bushland along the entry road.  You can walk along the dam wall but there is only limited access to the lake foreshores on either side.  This is one of several access points to the catchment lake which features in the popularity of the Oberon district for fishing.