The acquisition by National Parks and Wildlife Service of private land at Hat Hill Road earlier this year was another small advancement in the sustained campaign by this Society and others to preserve Blue Mountains swamps and make the public more aware of how important they are. 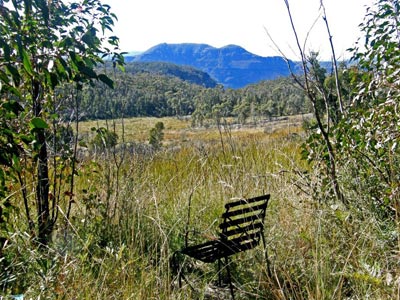 Bushwalkers near Hat Hill found this old chair which does not belong, but it seems to invite one to install oneself and survey this extensive Blue Mountains swamp against the backdrop of the peaks above Banks Wall on the far side of the Grose.
[photo © Christine Davies]

A 2015 chronology on our Society’s website by Lyndal Sullivan with excellent photographs by Dr Ian Baird outlines years of achievements but we still need to take every opportunity to make their role better understood and correct misinformation.

Various kinds of swamps play a role in nearly every part of the Greater Blue Mountains. Hat Hill Road is one of the best places to see them and comprehend their role in our broader ecology. Swamps aid the flourishing of significant species including the endangered Giant Dragonfly and Blue Mountains Water Skink. As our climate becomes more subject to extremes, swamps are valuable storage reservoirs, particularly the hanging swamps found on many slopes above Blue Mountains cliff-lines. 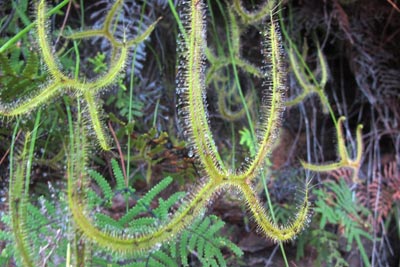 Drosera binata—look closely and you will find tiny insects which have been attracted and trapped on the sticky leaves.
[photo © Christine Davies]

Swamps regularise the flow of streams and waterfalls during cycles of drought and excessive rain. This safeguards tiny ecological systems such as the wet cliff-face plant communities, some of them containing very rare species like the Dwarf Pine which depend on a regular spraying from waterfalls. The temperate rainforest communities in our canyons and valleys also rely on stream-flow being sustained. 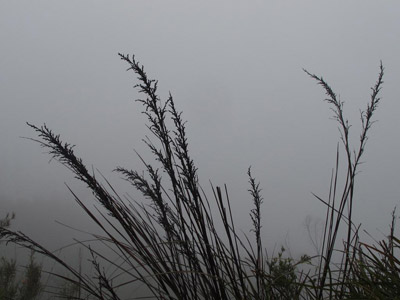 Some commentators confuse some of our swamps with monocultures of grassland or the products of long-term indigenous management of the Blue Mountains landscape by fire. The various roles of indigenous people and fire in the mountains has been the subject of a long discussion by writers such as Margaret Baker (Geographical Society of NSW, Conference Papers No 14, 1997), and Andy McQueen (HERITAGE Blue Mountains Assn of Cultural Heritage Organisations, 2013). Indigenous people increased their numbers in high altitudes about 5,000 years ago when their tool technology improved, allowing better use of small mammals including possums and koalas. “Fire stick farming”, a much bandied-about example of indigenous land management, probably belongs to less rugged areas of Australia.

The swamps in the mountains contain diverse flora and fauna. Positive developments like the latest National Park addition must strengthen our resolve to promote their significance. 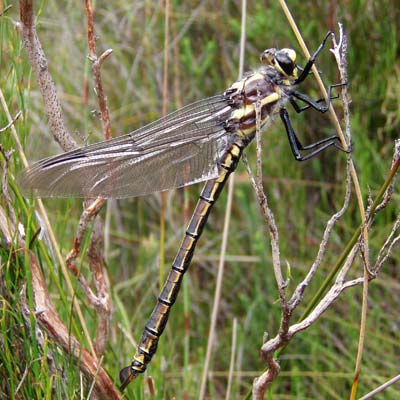 Sadly, not all visitors are respectful, particularly some with off road vehicles. Implementation of a plan of management is overdue. Thank you to Jim Smith for introducing me to this place. 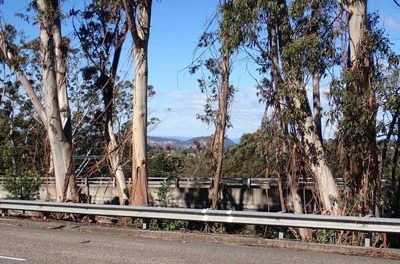 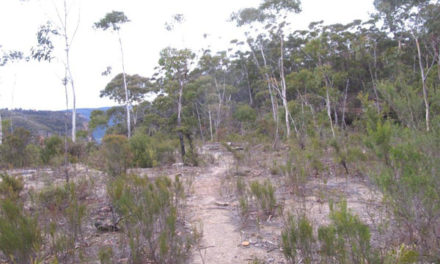 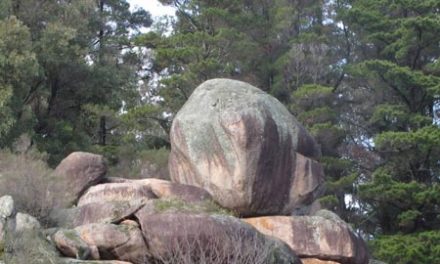 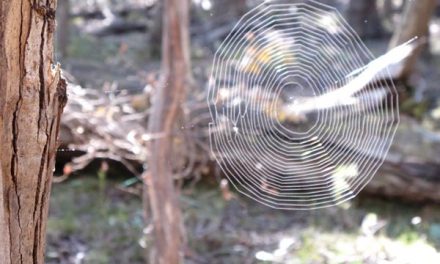