I guess we are losing what once could be considered an inherent value in land travel. The value of the journey is being devalued by the life-is-a-race philosophy. The journey is seen as an encumbrance between the start and finish. END_OF_DOCUMENT_TOKEN_TO_BE_REPLACED

The Anzacs were still fighting in the gullies of Gallipoli when, in October 1915, the Mount Hawthorn Progress Association formed a committee to build ‘Anzac Cottage’ (sometimes called ‘Anzac House’) in Kalgoorlie St, (No. 38) Mt Hawthorn, a developing suburb 5 kilometres north of Perth. The Association wanted to perpetuate the then very new name ‘Anzac’ and build a monument that would be useful, providing ‘a home for a wounded soldier who took part in the famous landing’. END_OF_DOCUMENT_TOKEN_TO_BE_REPLACED 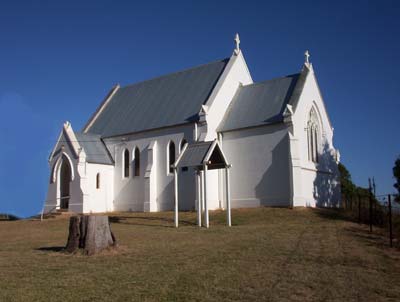 On Easter Monday this year I went looking for the Church of England Cemetery at Castlereagh, New South Wales. From Penrith, Castlereagh Road spears across the once fertile Nepean River flats that were divided into family farms by the first government land grants. These grants were given to former convicts and free settlers in the hope that their agricultural pursuits would provide food for the struggling, infant colony of New South Wales. Many of these early farmers are buried in the cemetery I was going to find. END_OF_DOCUMENT_TOKEN_TO_BE_REPLACED