They stood around in tidy groups, hot sun streaming down,
The little cemetery seems busier these days,
There are them whose life clock has at last unwound,
And those who decide themselves to end their days.

Such a man was Reuben, the kids thought a funny name,
They remembered him as being strong and tall,
He thought himself a failure, but he’s really not to blame,
That in the end he would finish with Bugger all.

How long he’d been around wasn’t all that clear,
But he always wore a beaten up slouch hat,
He’d been wounded in the war and just turned up one year,
Looked around, said, “this is it” and that was that.

He only had his horse and with the few quid that he had,
Built a Humpy on dusty barren land,
The locals seemed to think he was just a little mad,
You see! Big Reuben only had one hand.

Then he built a rough bush humpy, with no one by his side,
He sought no extra help of any kind,
The arm with missing hand tucked in the pocket of his strides,
Dark eyelids always narrowed as though blind.

He didn’t talk that much, when he did his voice was coarse,
Somehow the local children took no fright,
Patiently he taught them how to ride his horse,
And instruct them how to hold the reins just right.

He helped everyone around, and scorned all talk of pay,
The local blokes all marvelled at his skill,
He had overcome his problem in the good old Aussie way,
And the townsfolk have memories of him still.

No one understood how he handled all the tools,
Were surprised when he started making toys,
He made only two varieties, following Reuben’s rules,
Pink cradles for the girls, blue horses for the boys.

On the children’s birthday about ages three or four,
He learned the dates of each and every one,
He would leave a special something outside a special someone’s door,
Placed there before the rising sun!

Only a couple of hundred people share this little town outback,
And everyone knew everyone, of course,
On the verandah or the backyard of many rundown shacks,
Stood a cradle or a bright blue wooden horse!

He turned up at the local dance he’d not done that before,
And he whirled all the little kids about,
He spoke with all the Mums and Dads then wandered out the door,
It wasn’t long before the shot rang out.

They hurried to the humpy where one armed Reuben sat,
A rifle lying toylike on the floor,
Among his heroes medals and his battered old slouch hat,
A letter saying, —– “I can do no more”,

All gathered to farewell the man who gave more than he got,
And everyone knew everyone of course,
They buried him with his medals and his battered old slouch hat,
Plus a cradle and a bright blue wooden horse. 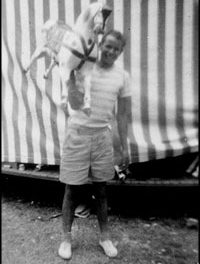 The Workings of a “Warb” 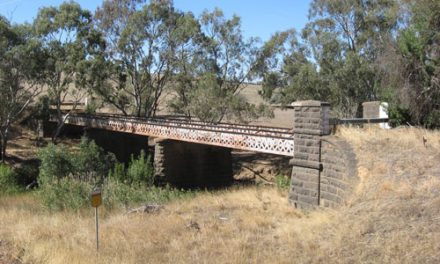 The Ins and Outs of a Brussels Sprout 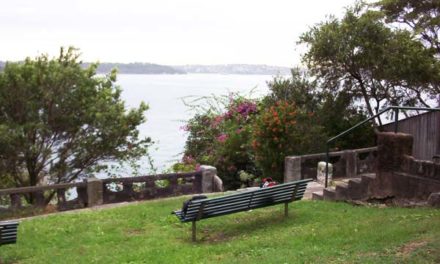