William Murphy, who led a hermit-like existence in the Hat Hill area early in the 20th century, was a contemporary of Sid Bellingham, whose 1899 journal, “Ten Years with the Palette, Shotgun and Rifle on the Blue Mountains NSW” was republished with a commentary by historian Jim Smith. 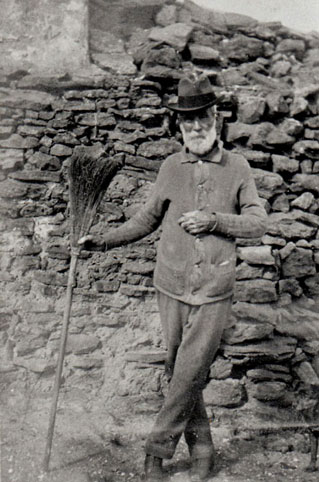 Both men were pioneers in persuading the white occupiers of NSW to study and appreciate the native animals. They provided a counter-balance to the late19th century “Acclimatisation” movement which sought to replace the Australian ecology with European flora and fauna.

Bellingham made a living from guiding shooting parties and expressed some bemusement when uncontrolled hunting drove some species out of settled areas or into local extinction. Murphy, on the other hand, mildly threatened local fauna by feeding it but generally encouraged his fellow residents and visitors to value the creatures for their own sake.

The legend of William Murphy owes much to the renowned balladeer of the NSW countryside, Jim Low (now of Mount Riverview).

Today, the site of William Murphy’s hut can be found a short distance from the Hat Hill carpark on the Perry’s Lookdown road. The hut stood in a typical patch of species-diverse Upper Blue Mountains heathland. Examples of the Proteaceae family proliferate, including Petrophile pulchella, Isopogon anemonifolius, Hakea dactyloides, and Lambertia formosa. There is also Platysace linearifolia and various Eucalypts.

NOTE: You can LISTEN to a PODCAST by Jim Low called In Search of Mr Murphy, (or download it here). Go with Jim on a journey of discovery as he pieces together information about this fascinating character.

A rock formation on the ridge near Hat Hill – “Hen and Chicken Rock” [photo: Christine Davies] 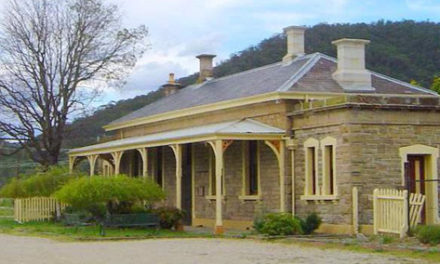 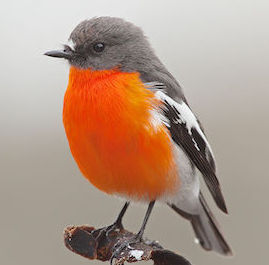 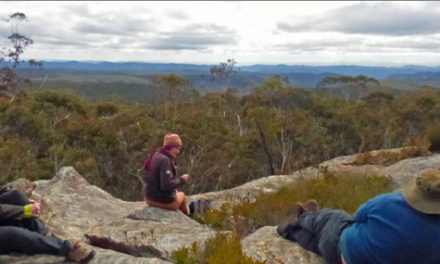 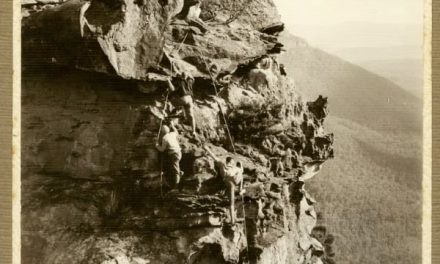